The DJ and producer synonymous with Chicago’s industrial techno underground pulls her favorites from Gramaphone Records, ahead of the upcoming ARC Music Festival

It’s been some decades since Chicago’s house scene revolutionized electronic music in the ‘80s, and now that the windy city is opening up post-pandemic, it’s only fitting that it be properly celebrated. ARC Music Festival, a new immersive dance music event with an absolutely stacked lineup of artists and activities, etches itself onto house history with its premiere Labor Day weekend at Chicago’s Union Park. Equally vital to Chicago’s electronic music scene is Gramophone Records; a local institution that recently celebrated its 50 birthday. Many DJs who have shaped and still define the Chicago scene have also spent time slinging other people’s records from behind the register. For Document, artists from the ARC lineup fill their bags at Gramophone.

Hiroko Yamamura is enigmatic. Putting a sci-fi spin on rave culture, the DJ and producer looks to circuit boards and fiber-optic cables to create an intricate sound experiment that still invites you to have a good time. Hefty beats are woven into a technological drama—perhaps a dystopian anime epic—culminating in a moment of hyper-choreographed intensity. After carving her name into Chicago’s electronic music landscape, Yamamura has become synonymous with the gothic and industrial influences she brings to the city’s techno underground. Below, she shares five tracks that shaped her outsider identity. 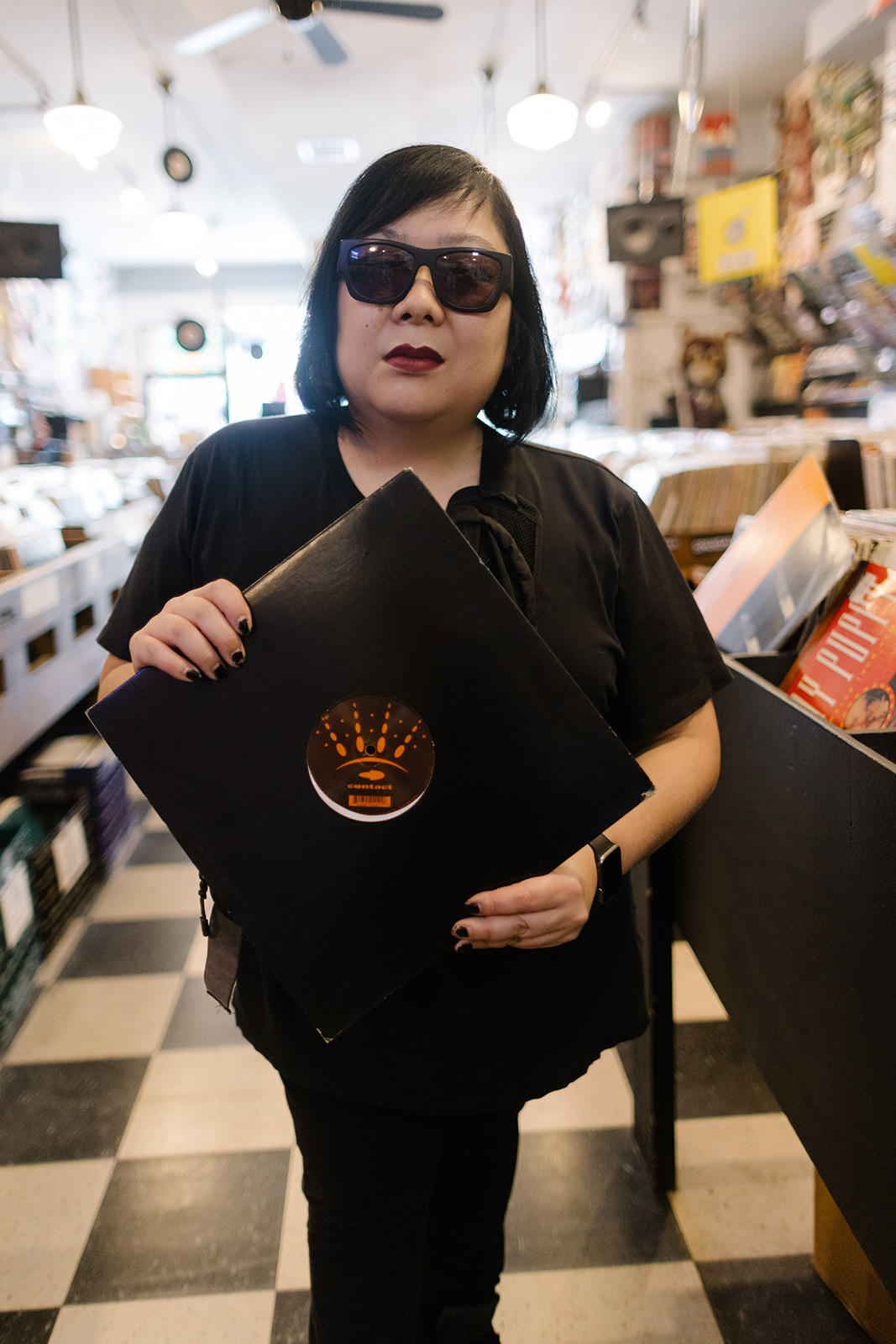 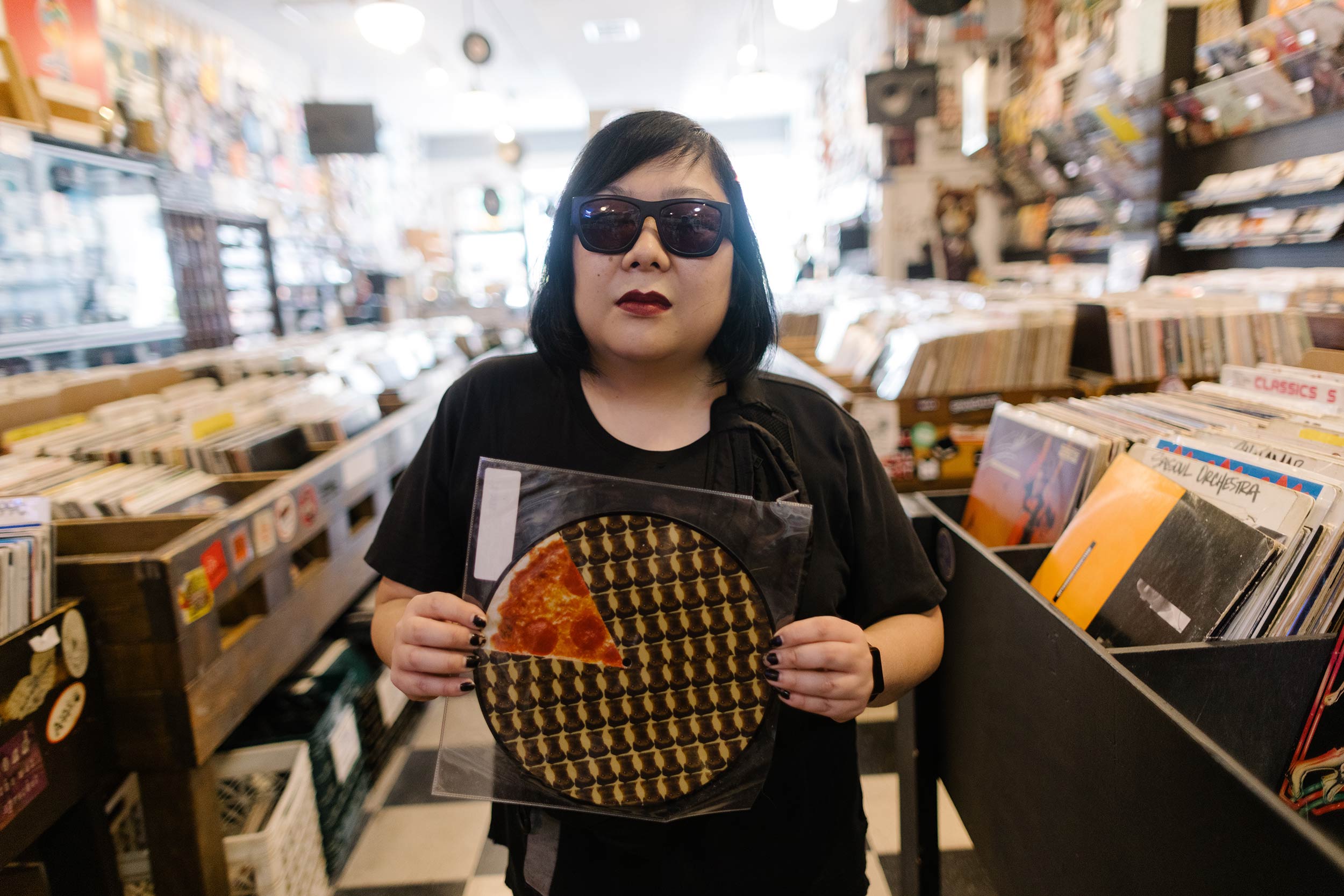 “DJ Hyperactive really is the reason myself and many others were even exposed to techno and became DJs in Chicago. Artists like him and Mike Dearborn really paved [the way for] and created Chicago techno, giving rave kids like me a proper education. I actually first heard ‘Clip’ on a multimedia game CD back when I was a kid, and just became enamored with it and needed more. I think it was the first truly proper ‘techno’ record I ever purchased. Bonus killer tune from Justin Long on the flip side.”

“A cool-looking pizza-shaped 10″.” Heartthrob—originally from Michigan’s upper peninsula—really elevated the status of Midwest producers with his inventive and incurable tracks that made up a large amount of the minus catalog. After a point he moved to Europe, and launched his own label with this release that is almost always on my playlists. The influence that our friends in Michigan and Windsor have on my sound is undeniable, and this record is pure heat.” 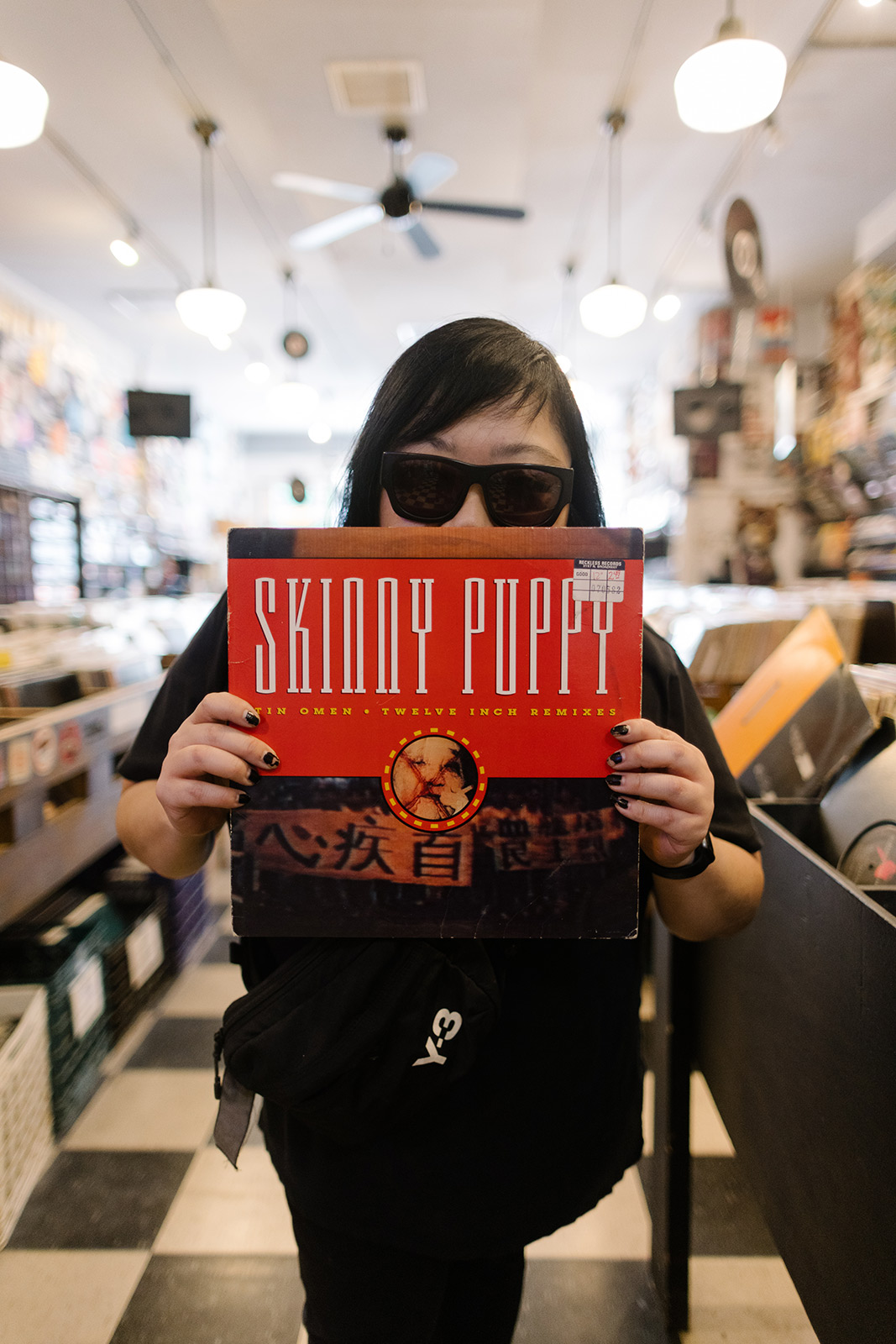 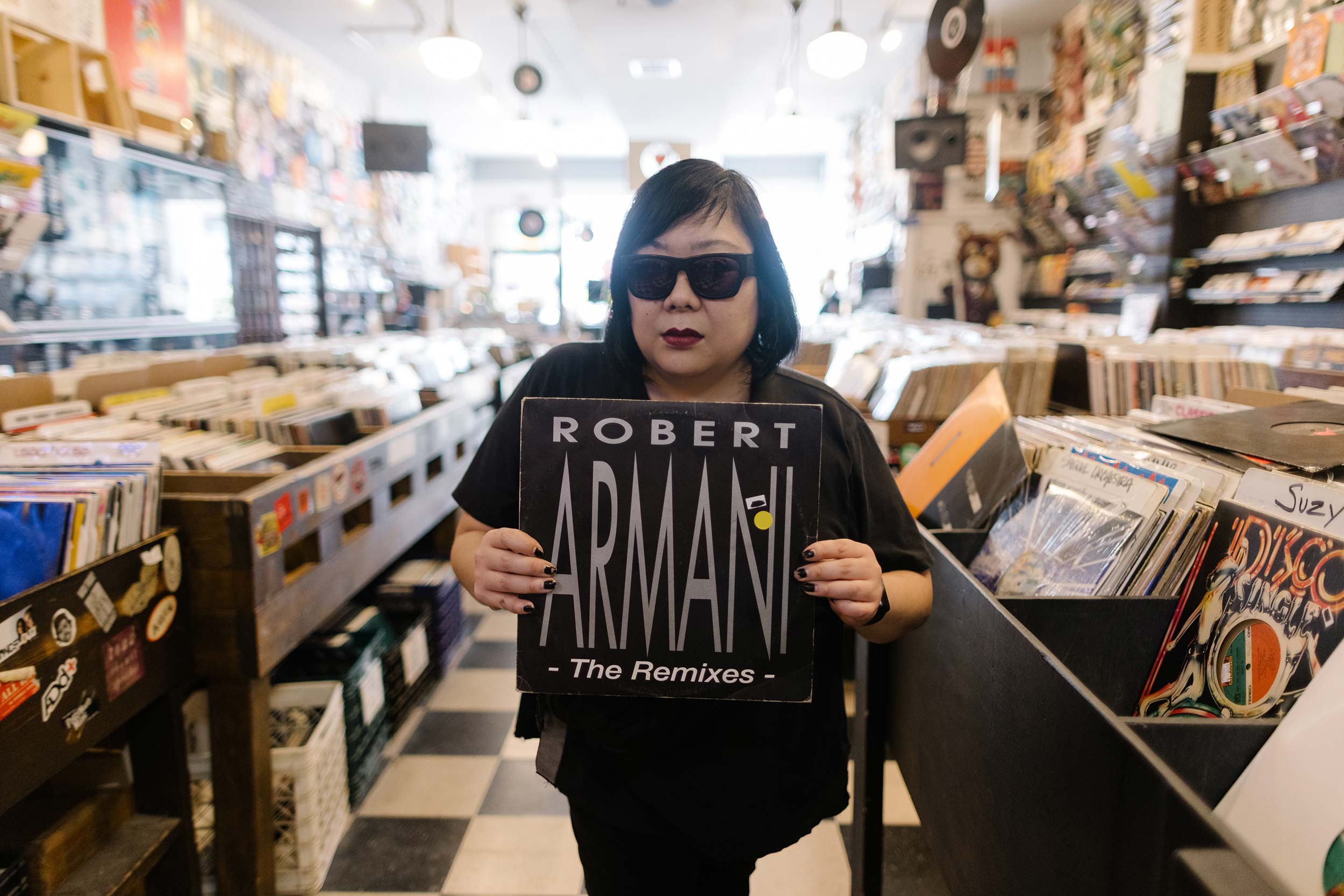 “Skinny Puppy is one of those bands that I’ve been a fangirl of as long as I can remember. This particular record was an early example of when the dance and metal elements of industrial just fuse perfectly. The influence of featured artist Al Jorgensen, of Chicago’s Ministry, can be felt on this release. It was just one of the releases that the Hypo Luxa, Luxa Pan team were cranking out during the height of Chicago’s industrial scene. Besides being a heavy dance floor stormer, the song’s title is actually a reference to the Tiananmen Square massacre in China, and carries the lyrical weight you would expect.”

“This was one of those records that my friends kept telling me to quit playing in every set, but [that I] just couldn’t get enough of. It was one of the bigger releases on Holland’s Djax-Up-Beats, one of the main European record labels that made a marked effort to feature Chicago artists and a staple of the Chicago sound. Many legends got their start on Djax-Up-Beats and, as an artist living here, the label gave someone like me the ability to have dreams of overseas success and acceptance. The Hardfloor remix of this tune still has a place in my record bag.” 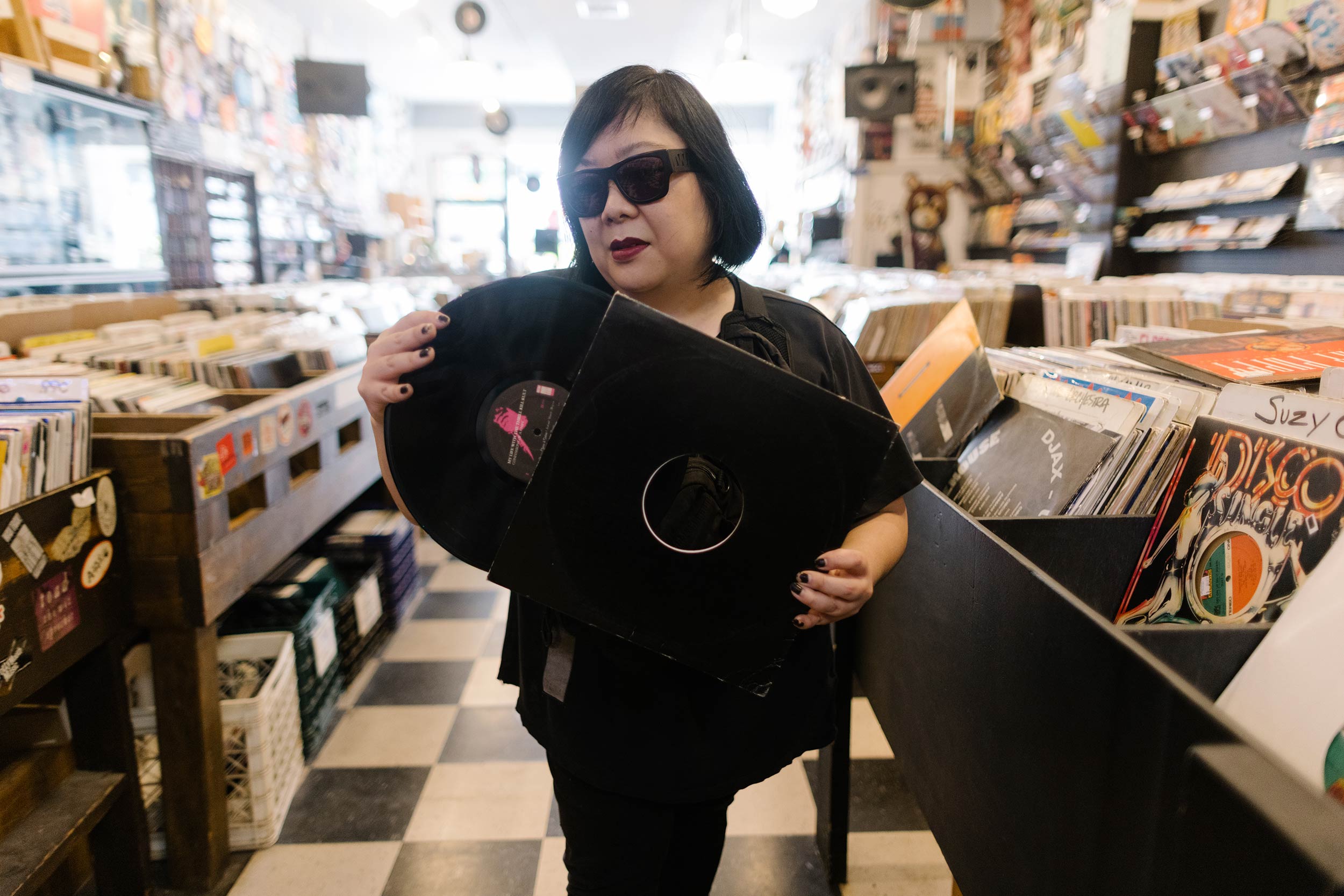 “Confessions of a Knife” by My Life With the Thrill Kill Kult.

“TKK was one of those Chicago bands that really were always on the edge of the next thing, combining industrial, house, disco, and funk elements into a campy yet dark sound that is totally unique to them. Always scraping controversy with the sexual and religious imagery and message, everything about this queer act was cool and ahead of its time. Much later the band got some commercial recognition with features in the films The Crow and Cool World. This LP on Chicago’s revolutionary Wax Trax! is a great listen from start to finish, and anyone who cares about what the true sound of Chicago’s underground culture was would do well to give this a whirl.”

Check out the record selections of Gene Farris and DJ Heather.