Three times Emmy, Oscar, and Golden Globe winner, Meryl Streep, reunites with her former co-star Steve Martin by joining the cast of Only Murders in the Building season three. Selena Gomez who stars and produces the acclaimed series announced the news via her Instagram account.

Gomez says: “Hey guys, we’re on set, what are we shooting?” Martin and Short suddenly appear as she continues, “Season three, the gang is back. Could this honestly get any better?” Rudd finally confirms that it can, “Well, I do think it could get a little bit better.” That’s when Streep pops up from behind a couch, asking the cast if they need anything.

Only Murders in the Building was created by Steve Martin and John Hoffman. Alongside Martin and Gomez, the show is produced by Dan Fogelman and Jess Rosenthal. The season three cast will feature Martin Short, Andrea Martin, Paul Rudd, Martin, Gomez, and Streep. 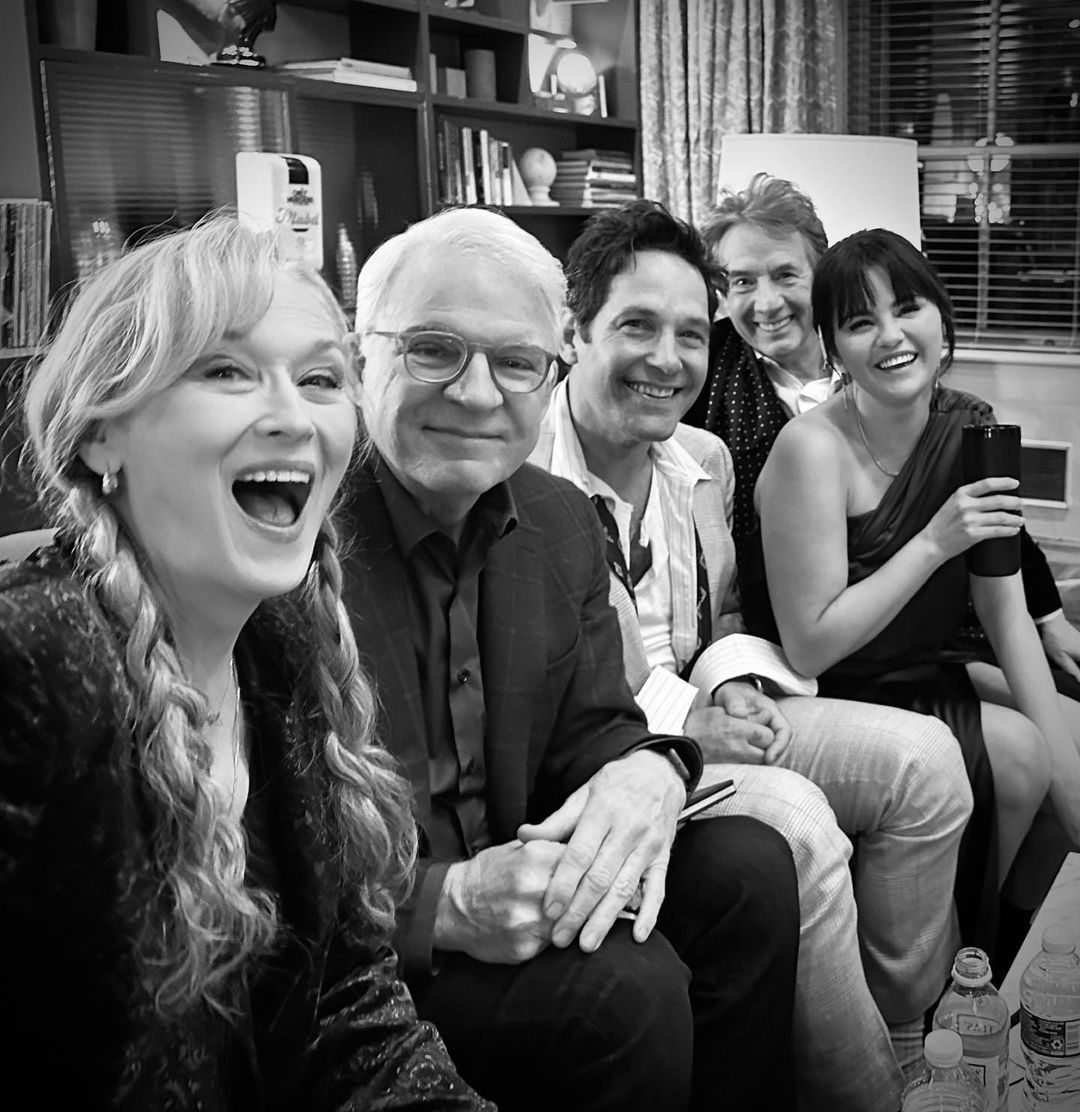 Known for her memorable roles in movies like Sophie’s Choice, Out of Africa, Julie & Julia, The Devil Wears Prada, and more, Streep’s TV appearances include the 1978 miniseries Holocaust, 2003’s Angels in America, and HBO’s Big Little Lies, led by Reese Witherspoon and Laura Dern.