Written in the wake of the pandemic, the singer-songwriter’s latest work celebrates the power of vulnerability, community, and presence

“It feels like Part Two—it’s The Baby’s slightly older sister letting her know that everything is gonna be alright,” says Samia of her newest EP, Scout, in relation to her debut album. Written in the wake of the pandemic, Samia’s homage to the ones she loves most sees her finding gratitude and joy in the midst of trying times.

Scout is a celebration of the power that comes with vulnerability, as well as the importance of community and presence. The EP starts off with a nostalgia-inducing, scratchy voice message recording on the opener, “As You Are”, that is swiftly overpowered by Samia’s elegant yet unyielding vocals. The lyric, “When somebody loves you, they take you as you are,” provides a sentiment that pervades the entire project. The first single, “Show Up,” delves even deeper into themes of platonic love. Soft piano joined by upbeat guitar is paired with lyrics reminiscing on past times with loved ones to cultivate a feeling of sentimentality in the listener. “Elephant” strays from the pack ever so slightly with its pensive and melancholic tone. The closing track, a cover of When in Rome’s “The Promise,” takes a contemporary approach by replacing the piano with open synths, while still managing to stay true to the 1988 original.

Currently based in Tennessee, Samia joins Document to discuss how COVID impacted her message, the power of the creative community, and her newfound sense of calm in Nashville. 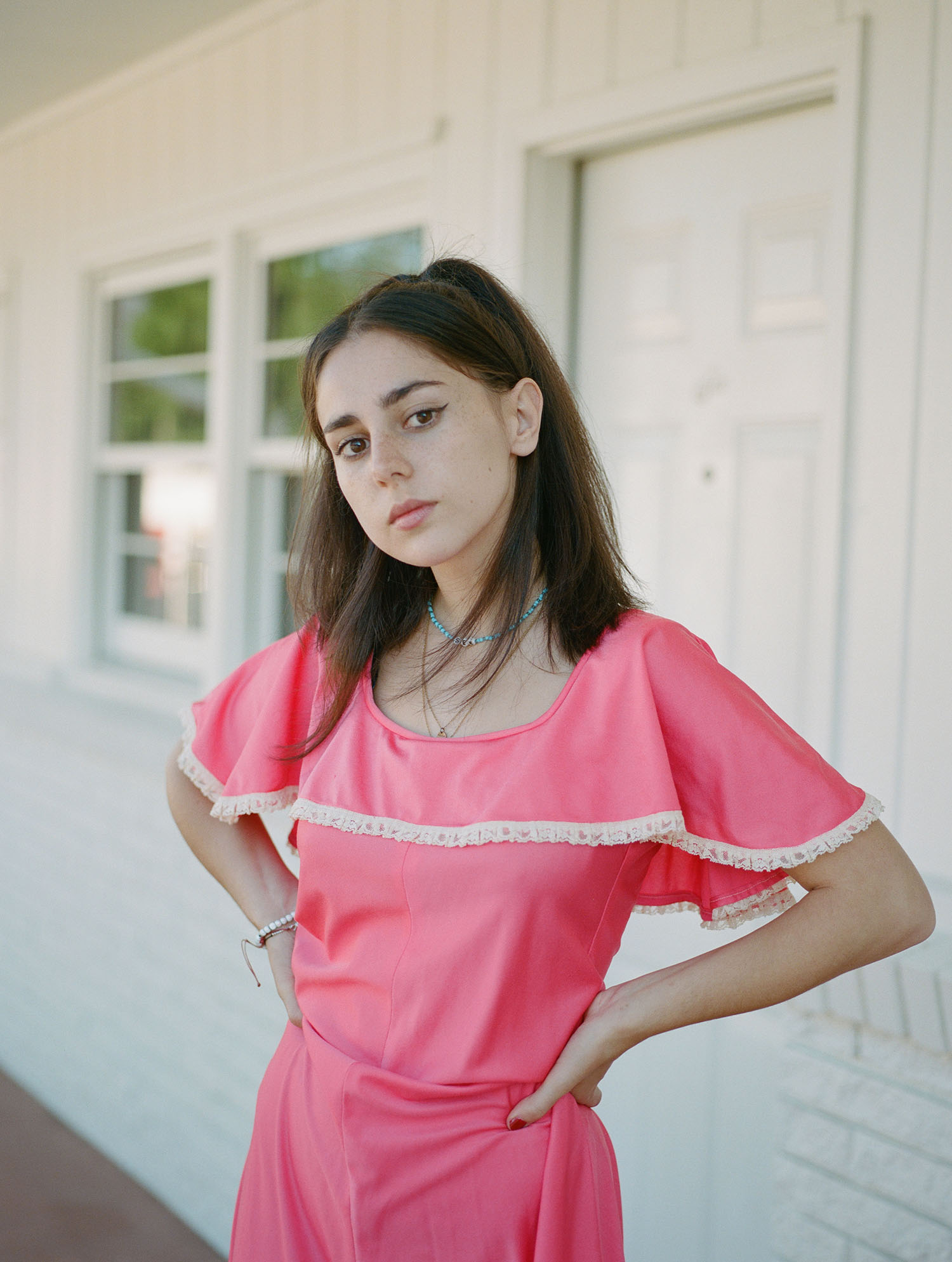 Avery Norman: You’ve been living in Nashville since January. How does it compare to New York, the city in which you first began performing at open-mic nights?

Samia Finnerty: New York always overwhelmed me. I learned so much there about music and was lucky to be part of a great community but I don’t think I was built for that pace. Nashville has been such a relief—everyone here is so welcoming and I’m always inspired by my surroundings.

Avery: Growing up in Los Angeles and having dabbled in acting since 2014, what inspired you to start experimenting with songwriting? Can you recall the moment when you knew you wanted to pursue music?

Samia: I’ve been writing poems since the 5th grade because I had a really great teacher, and I [always] sang around my family and friends; songwriting felt like the perfect way to marry those two passions. Everything changed for me when I started going to band camp and discovered Nirvana, Elliot Smith, and Liz Phair.

Avery: In 2016 you starred in The Wolves, a play that follows an all-girls high school soccer team through their weekly morning pre-game warm-ups. You mentioned in a 2020 interview that Pulitzer Prize-nominated playwright Sarah DeLappe’s ability to tell stories of female adolescence was a source of inspiration behind your debut album, The Baby. Are there any artists or writers who have significantly influenced your new EP, Scout?

Samia: The writers who most significantly influenced me this time around were definitely my friends. I spent a lot of time quarantining with three other musicians and there was always someone playing in every room of the house. I got to write with two new friends, Andy Seltzer and Boone Wallace, whose influence you can hear all over the EP. 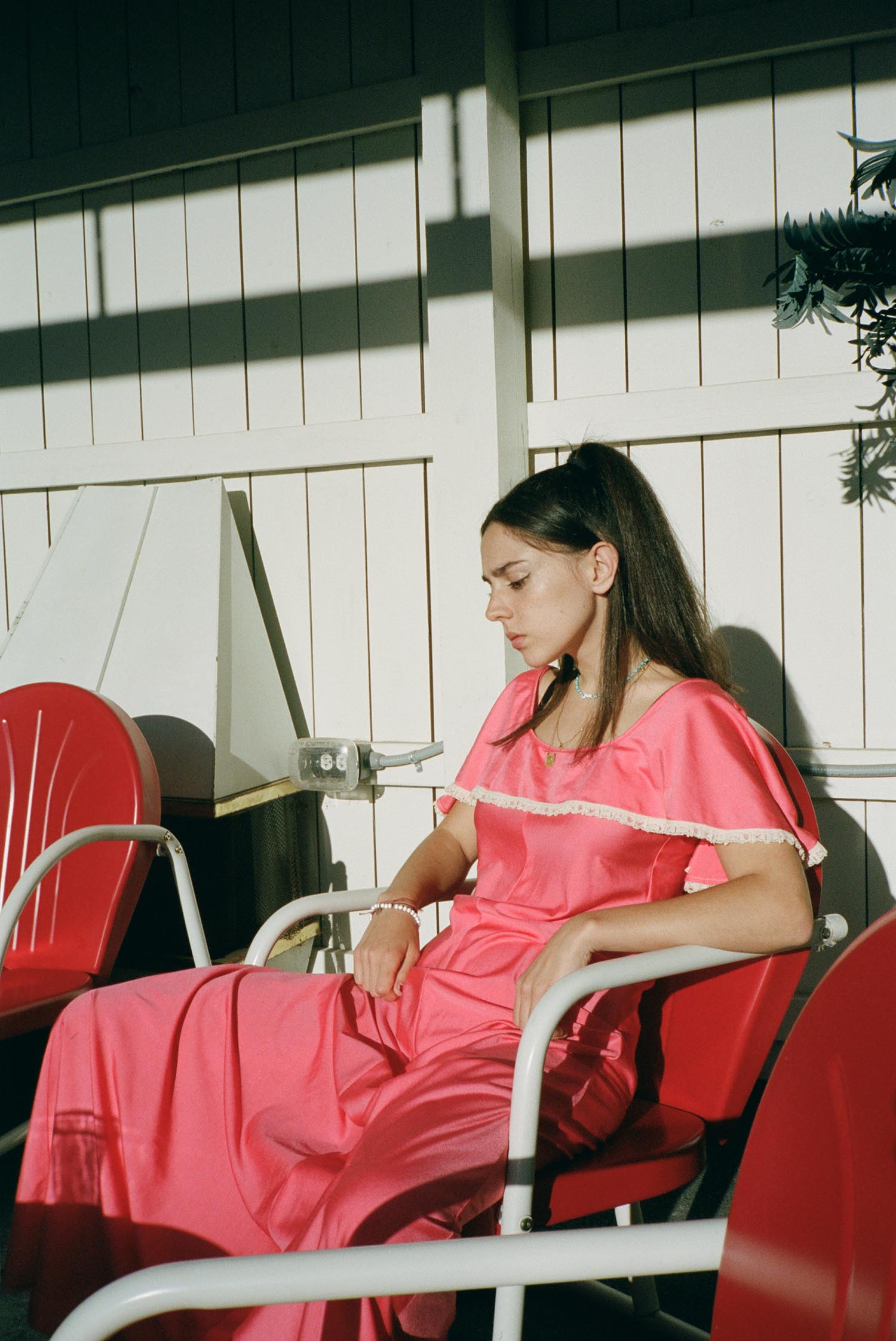 Avery: In the press release for the new EP you mention that Scout feels like a response to The Baby. Can you elaborate on what this means to you?

Samia: It’s the least desperate thing I’ve ever released. There was so much turmoil all around us last year that it felt really senseless to write about any self-inflicted or dramatized pain. I was growing a lot and trying to be healthy; I think this EP is a reflection of that.

Avery: Can you talk a little bit about your process behind the ‘Show Up’ music video?

Samia: My friend and roommate Joey Brodnax is an incredible director and I’d been wanting to work with him forever. I walked across the house to his room and we had a ‘meeting’ where I sort of just explained the songs to him conceptually; before I knew it we were in a warehouse surrounded by LED screens and I got to stand there and sing in this beautiful, uncanny world he created.

Avery: In January you shared The Baby Reimagined, a collection of covers and remixes featuring Bartees Strange, Anjimile, Field Medic, The Districts, Palehound, Christian Lee Hutson, and many others. Who would you want to collaborate with next?

Samia: I would love to collaborate with Wolf Alice. I’m obsessed with their record right now.

Avery: You will be touring around the U.S. this fall, both as a headliner and as a supporting act for electronic pop duo Sylvan Esso. What is it about returning to the road that excites you the most?

Samia: I’m just excited to sing and to meet people in person again. There’s nothing like having mutualistic conversations with real people about music.