The house DJ pulls his favorites from Gramaphone Records, in celebration of the upcoming ARC Music Festival

It’s been some decades since Chicago’s house scene revolutionized electronic music in the ‘80s, and now that the windy city is opening up post-pandemic, it’s only fitting that it be properly celebrated. ARC Music Festival, a new immersive dance music event with an absolutely stacked lineup of artists and activities, etches itself onto house history with its premiere Labor Day weekend at Chicago’s Union Park. Equally vital to Chicago’s electronic music scene is Gramophone Records; a local institution that recently celebrated its 50 birthday. Many DJs who have shaped and still define the Chicago scene have also spent time slinging other people’s records from behind the register. For Document, artists from the ARC lineup fill their bags at Gramophone.

Gene Farris is a pillar of dance music. He has been a staple of the Chicago house scene since the ‘90s, spinning records at warehouse parties in his hometown and, eventually, Amsterdam. Nearly three decades later, Farris hasn’t slowed down, as he continues to DJ and produce inventive tracks and club anthems for the next generation of electronic music legends. Below, he shares memories and niche literacy around six of his favorite Gramophone records. 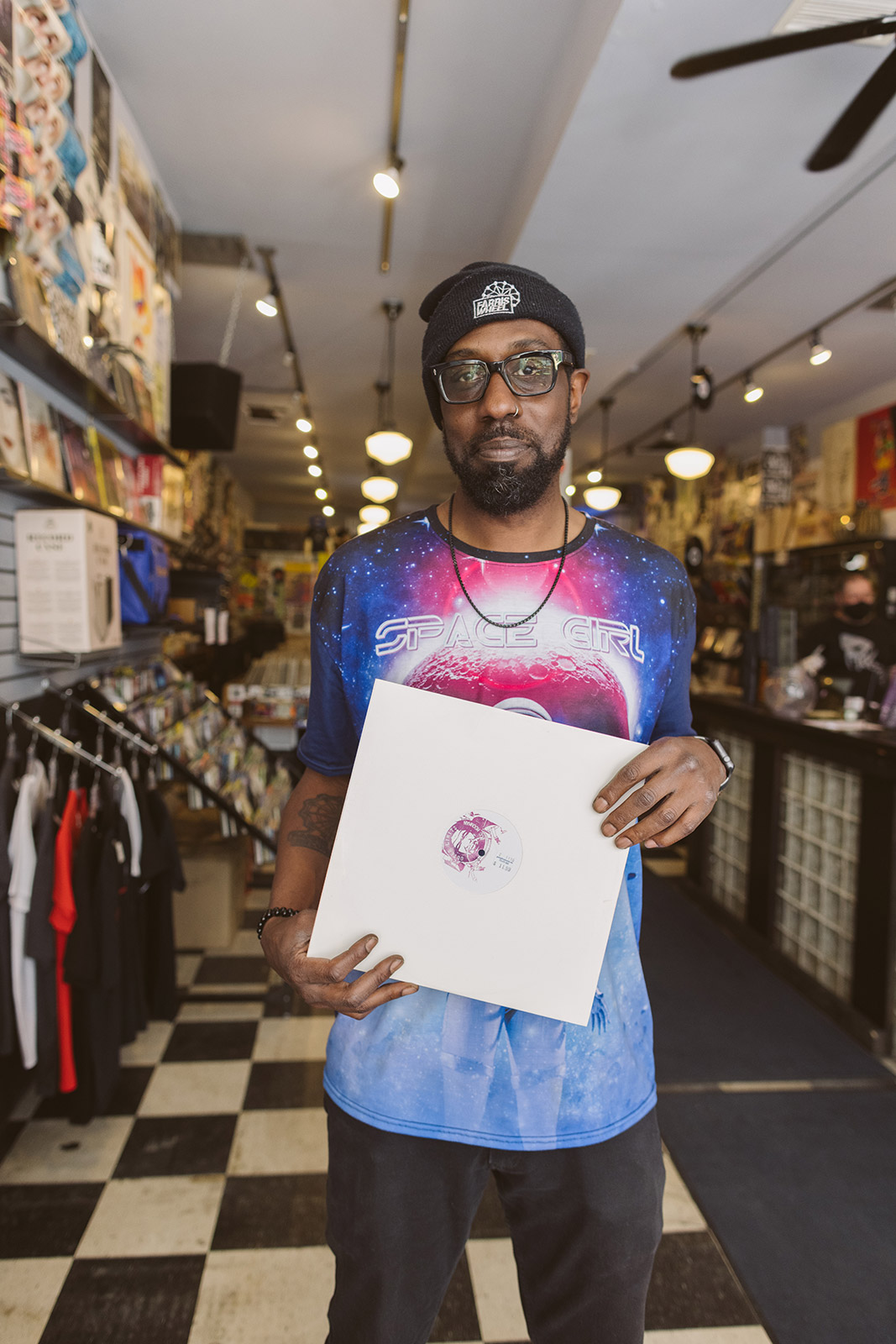 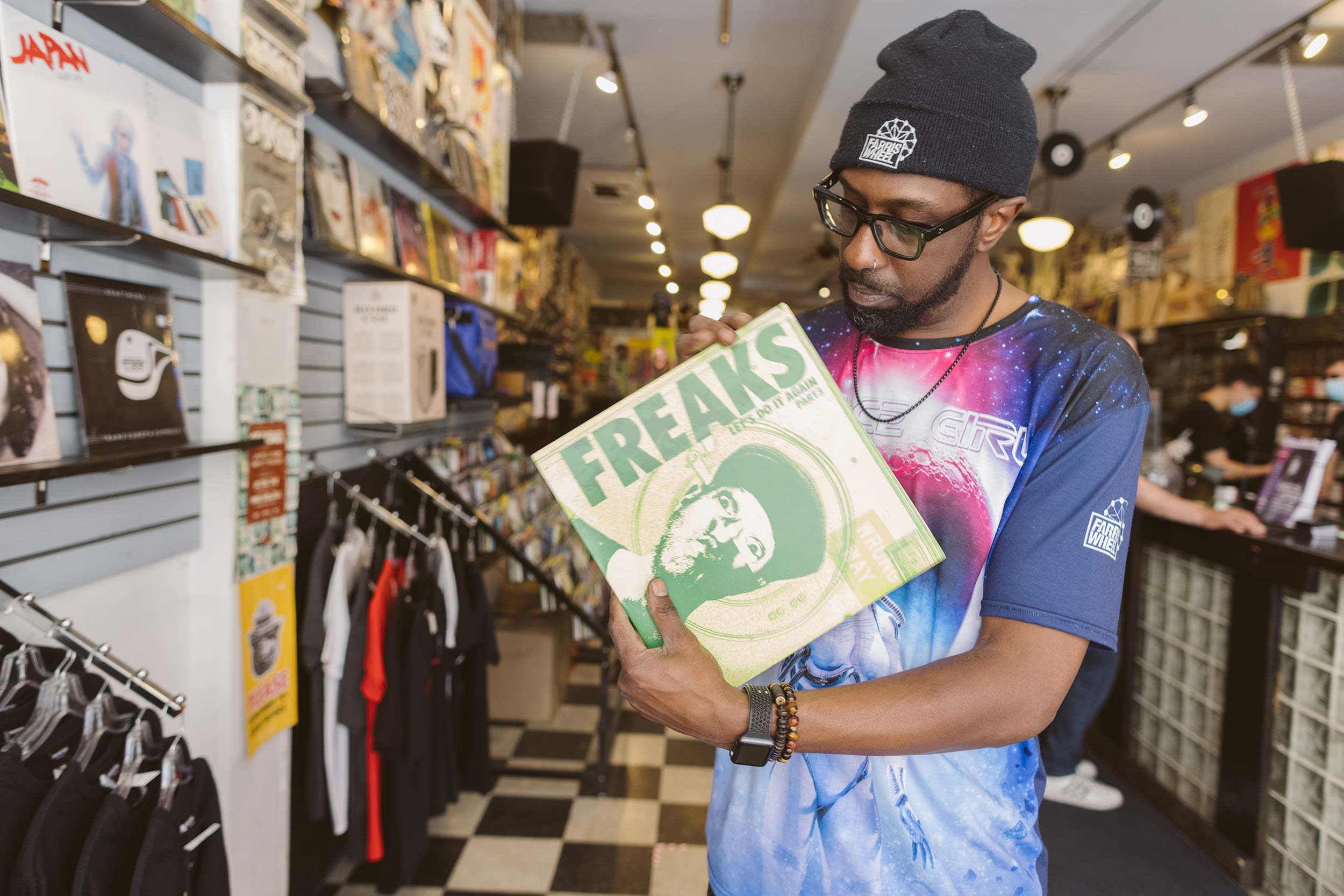 Left: “Outer Limits” by Boo Williams. Right: “Unbeknown To Us” by Freaks.

“Outer Limits” by Boo Williams
“One of the first DJs that gave me my start in Chicago back in the day, and also one I used to hear on the regular when he would DJ at my high school. This record is definitely very important to me and important to the city of Chicago.”

“Unbeknown To Us” by Freaks
“This just came out last year actually. My favorite mix on here is ‘Unbeknown To Us’ by Freaks. Really cool mix, really nice. I just found this recently and it’s a good one. Other mixes on here are from The Martinez Brothers and Ricardo Villalobos. Check it out!” 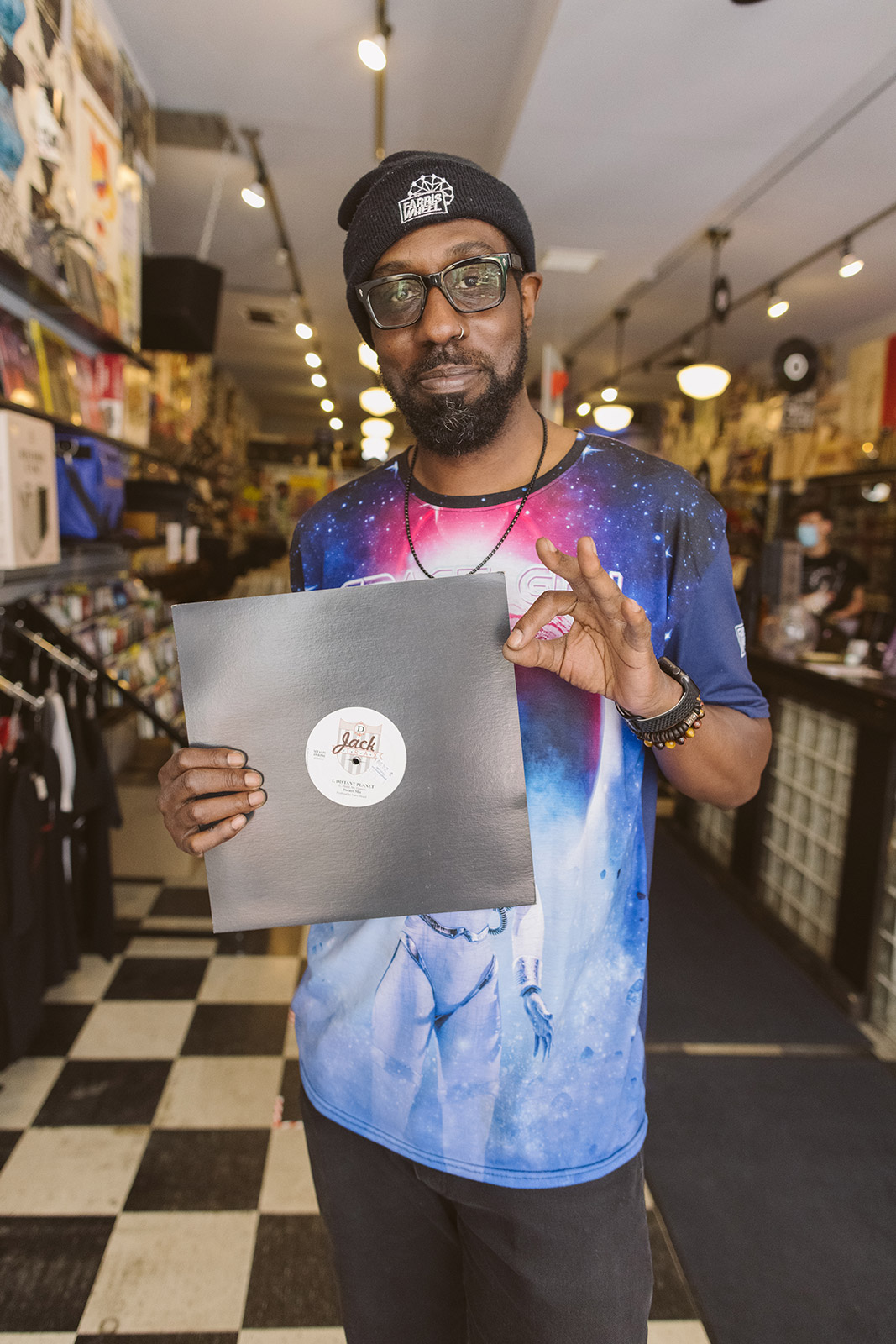 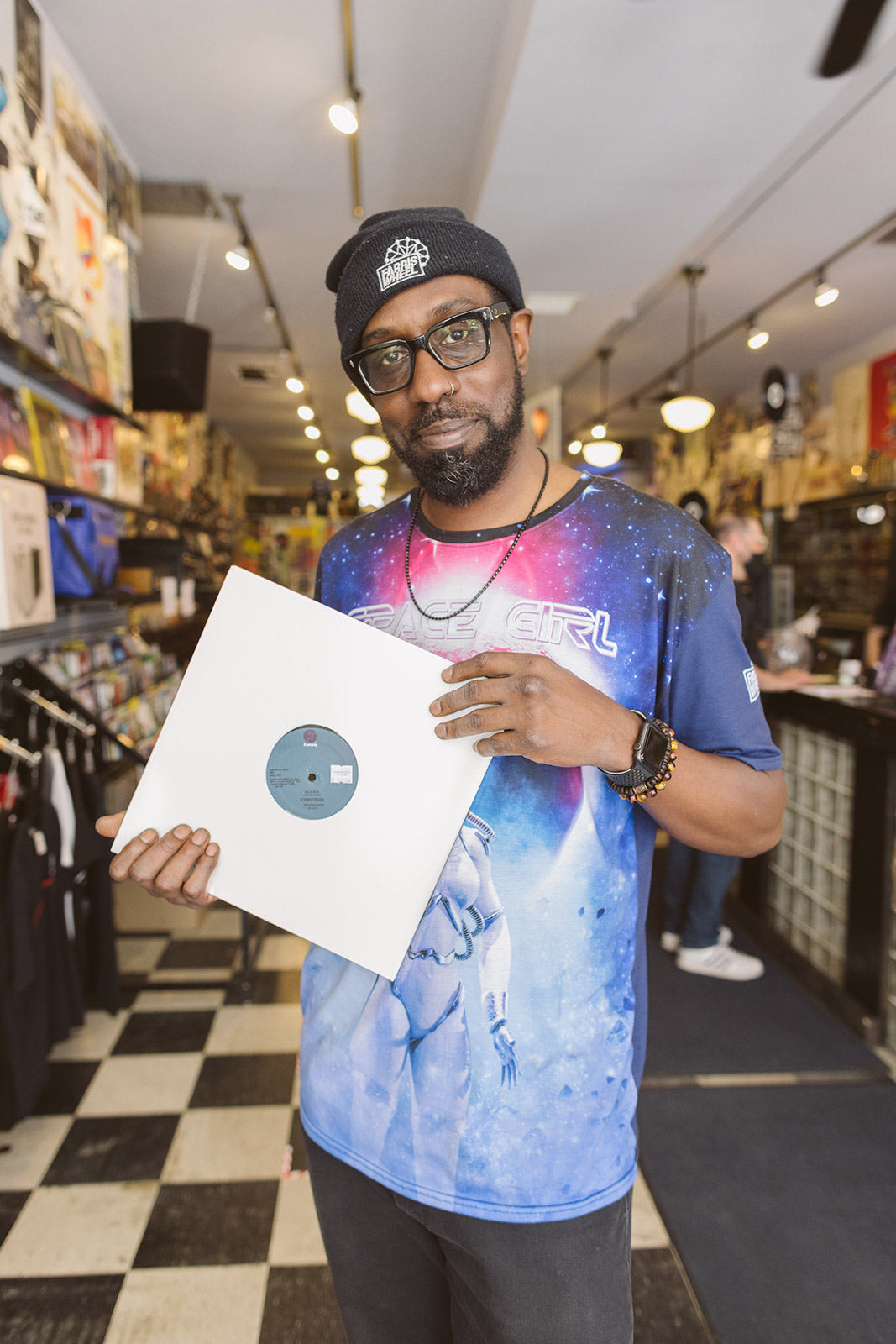 “Clear” by Cybotron
“This one is going to show my age, haha—it came out in 1983. It has elements of craftwork and breakbeats. Classic banger.”

“Distant Planet” by Fingers Inc.
“This one I picked is by the legend, Larry Heard. Mr. Fingers is a Chicago staple. The creator and founder of real deep house music. He’s the man. ‘Distant Planet’ is actually a repress on Jack Trax records, but is still a classic. Get it.” 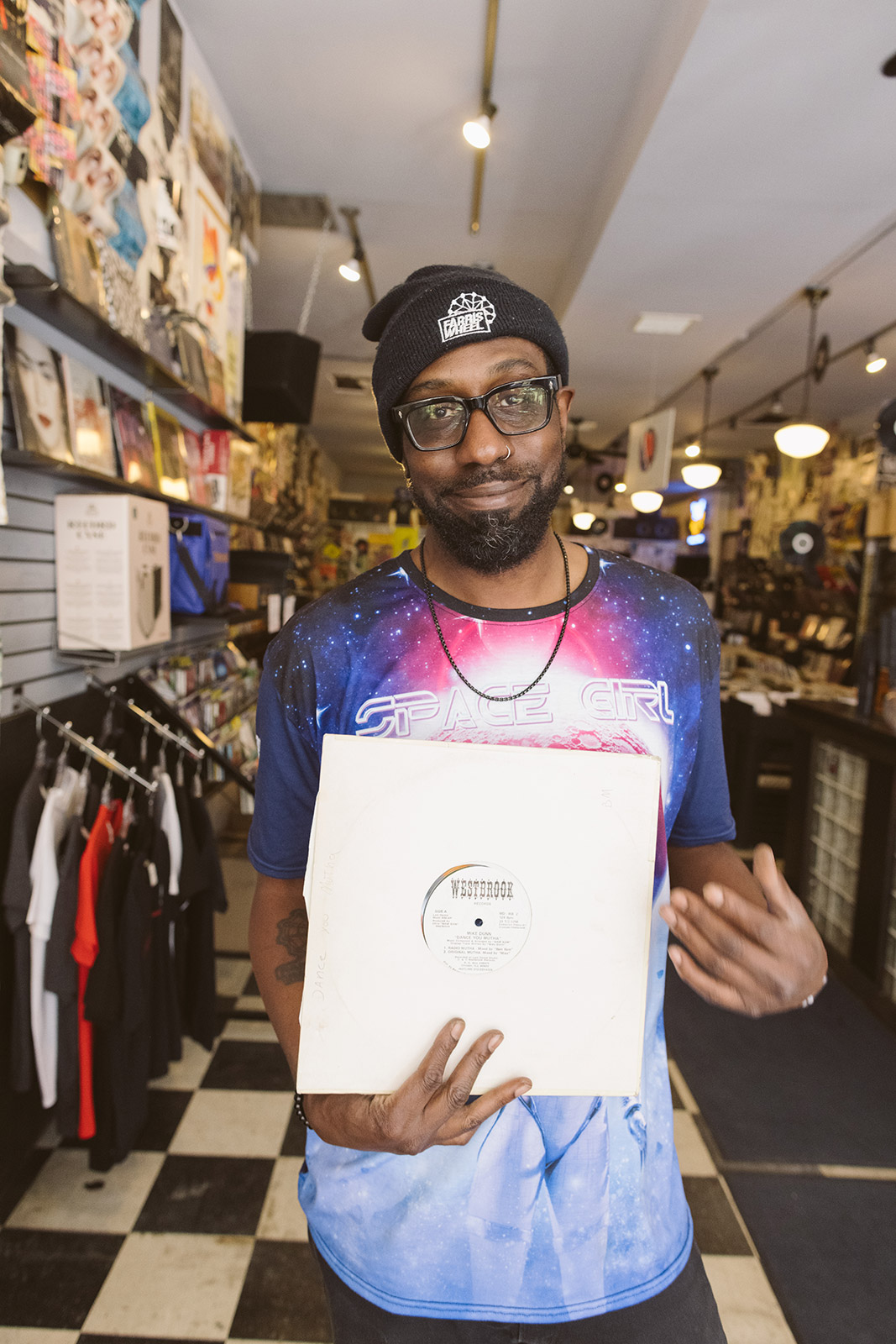 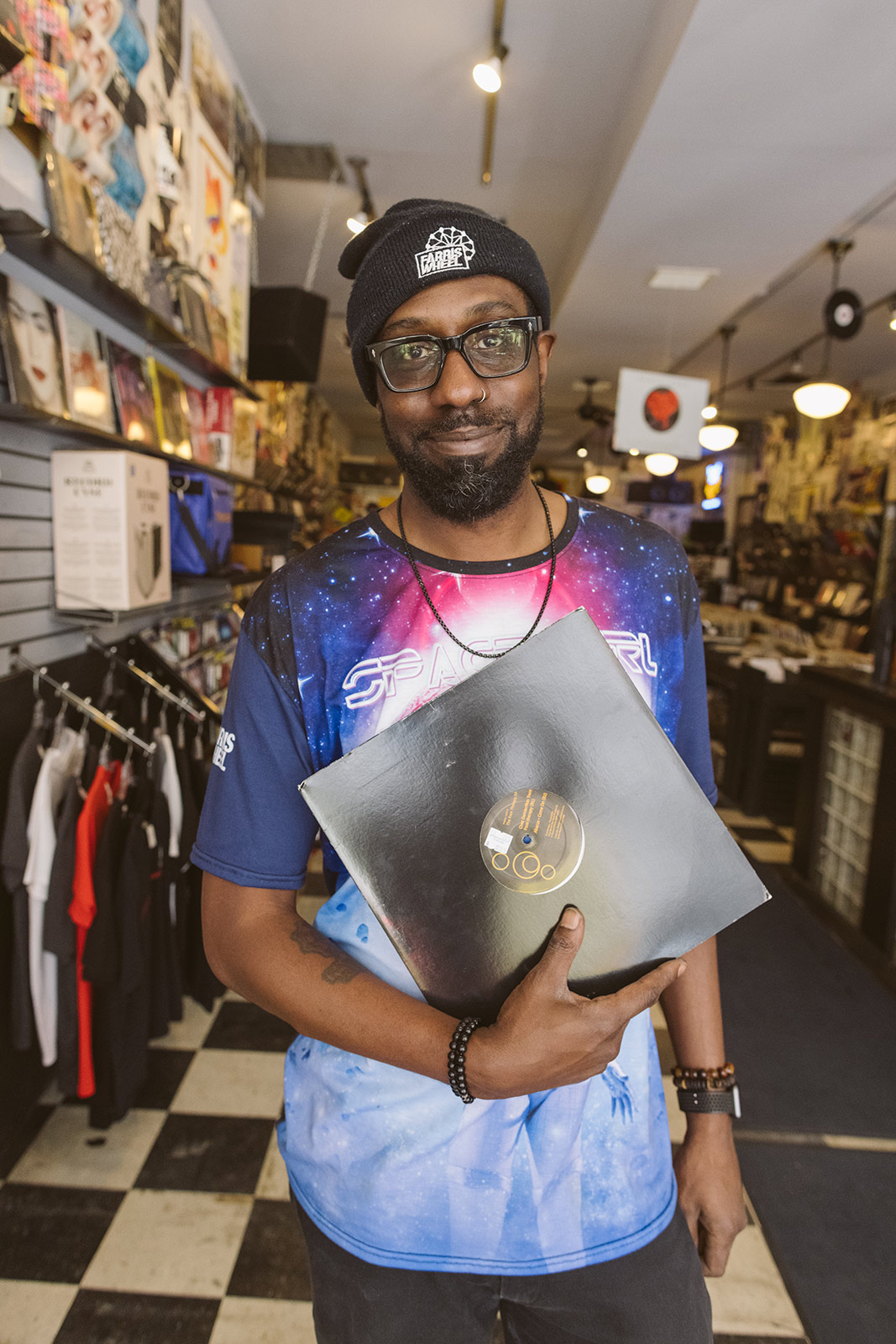 “Dance You Mutha” by Mike Dunn
“Oh, man. I don’t think this song needs an introduction, but if it does, it’s one of the great Mike Dunn’s first, big popular records—one of my favorites by him from back in the day. Shoot, I don’t even know what year this came out, I would have to say…’80s, late ‘80’? Regardless, it’s a classic. One of the songs I grew up with. Mike Dunn is one of the originals, he’s kind of a vocal catalyst for what I do and what Green Velvet does. He’s the man.”

“Foot Therapy” by Ron Trent & Chez Damier
“Last, but definitely not least. This record, ‘Foot Therapy,’ is a repress of the one I had ages ago—still have, I think—at home in my collection. It’s produced by Chez Damier and Ron Trent, one of my favorite dynamic duos that made records back in the day here in Chicago. Everyone who loves deep house music knows who those guys are. They are like the godfathers of the 1990s, early 2000s deep house sound; Chicago staples, icons, and I’m lucky enough to call them friends.