Prada’s Spring 2022 Menswear show was held on a particularly cool day at the beach. The Italian fashion house shared the collection via live-streamed video; half of it filmed in Milan at the Fondazione Prada’s Desposito, and the other half on the pool-blue coast of Sardinia.

Raf Simons and Miuccia Prada revealed their debut collection as Prada’s co-creative directors in September 2020. The most recent show is their most ambitious outing yet—and, fittingly, it’s all about contrast. The video begins inside a seemingly endless red tunnel, illuminated by a strip of white light overhead. The models walk to the throbbing, understated sounds of Plastikman, the electronic musician also known as Richie Hawtin. 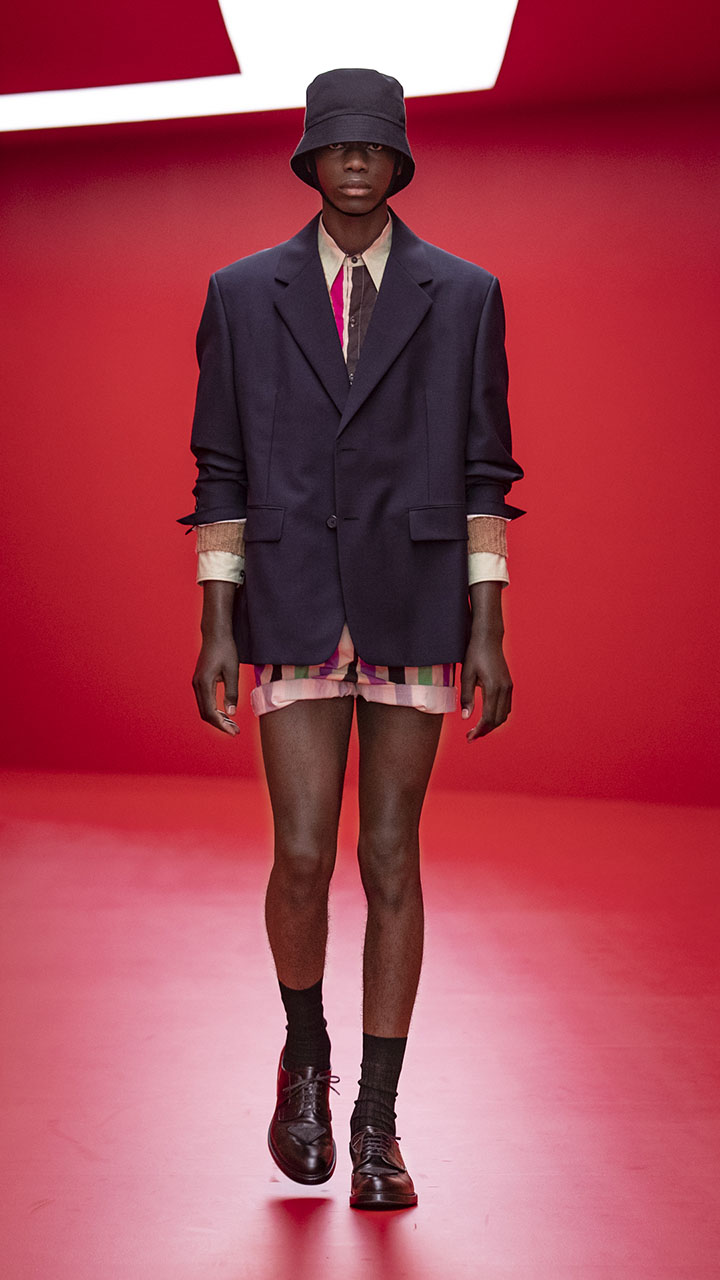 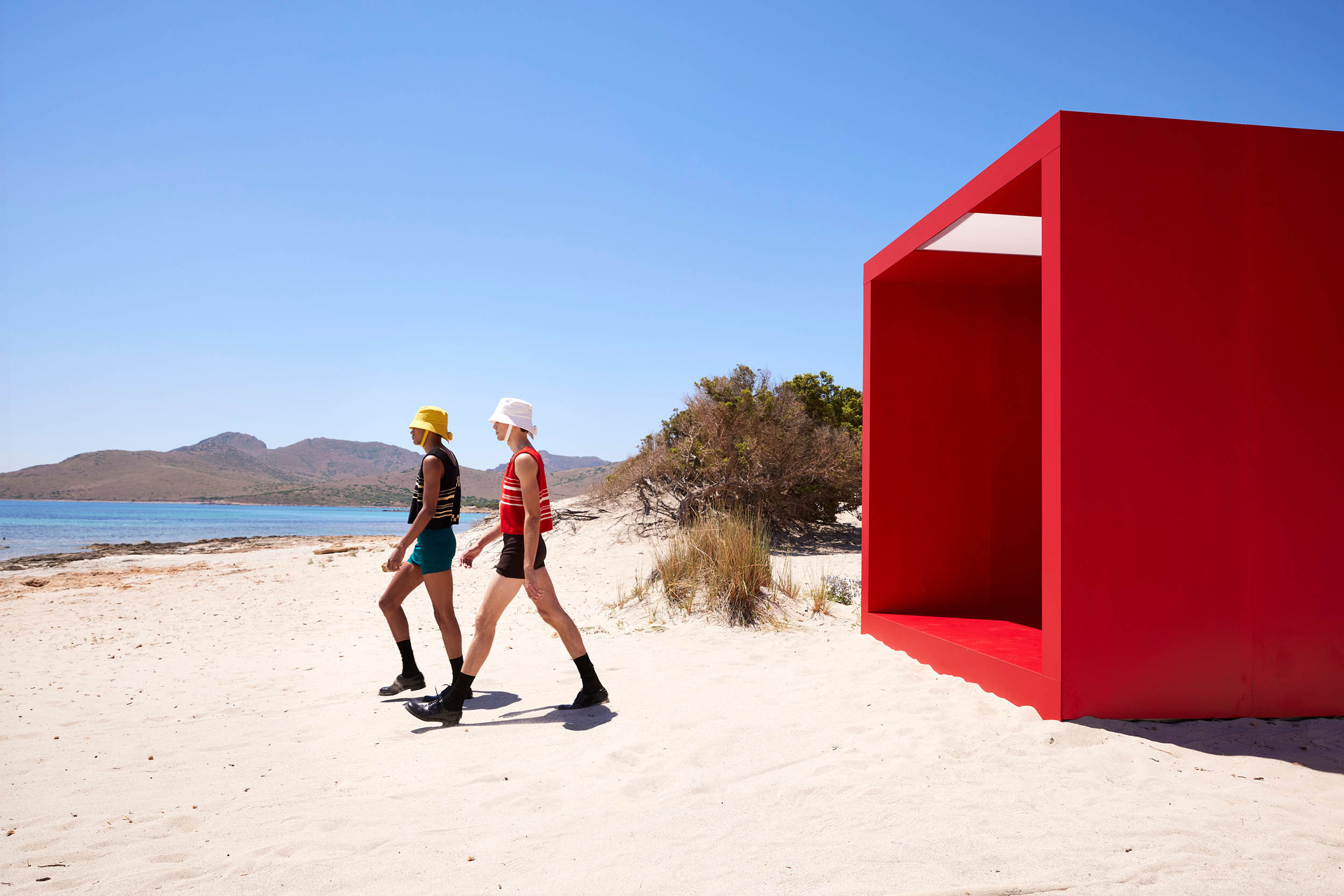 Two minutes into the show, the red tunnel gives way to the pristine Mediterranean sea. It’s a pleasant surprise—as if the structure was always just an ultra-saturated, ultra-modern beach house for Prada men to enjoy. We’re given context for the more playful components of the collection—much exposed skin, bold prints, heavy-handed color—while the models lounge on sand and rocks, and romp in shallow water. The collection reflects a tension between the freedom of the outdoors and the buttoned-up metropolitan. Prada pairs rolled shorts with oversized sports coats; fitted skorts with leather jackets and turtleneck collars. The collection shows a lot of leg—but in the spirit of contrast, nearly every model wears unseasonably high black socks and lace-ups.

Prada supports the MEDSEA Foundation in its endeavors to restore marine ecosystems—a cause central to Miuccia Prada’s ethos. “A sense of the utopian, the ideal, of hope, positivity,” she says. “To expose yourself to nature, to go to the beach—it’s freedom. It is utopian.”